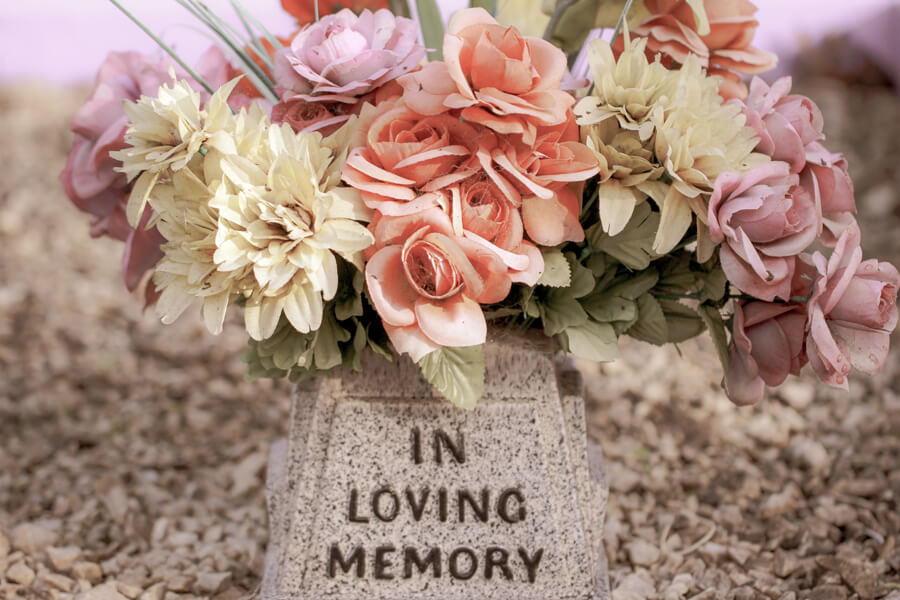 I Believe in You

Maggie & Peter, I Believe in You

Marguerite, or Maggy, as Peter came to call her, was still in shock. A frigid blast of cold air swept in off of the Annapolis bay and whistled through the cemetery almost as if it were focused on swirling around Peter’s final resting place. She could almost hear him whispering to her, barely audible, what she never said to him. “I believe in YOU.”

What Have I Done—or Not Done?

“What have I done?” was all she could hear echoing, echoing around and through every neuron in her brain. We seem to never plan on making sure we have enough time for the “unsaids” to eventually be uttered. It isn’t really that we consciously procrastinate uttering these things.

We simply don’t ever believe we will ever need to say what needs to be uttered. So, we aren’t really putting it off. It is easy for us to believe in someone, in our mind.
For some reason however, we don’t say it. Why? Maybe, we are just burying something that we don’t want to deal with or maybe we fear believing in someone or ourselves.

What Should I Have Done—Did I Believe?

Two months prior, she got the call. Not exactly one that anyone ever anticipates, but one that we all live through. In fact, she only picked up because the call was (as strange as it seemed then and still now) coming from 911. She was at home, curled up in bed, mindlessly listening to Paul, rambling on about his sales calls for the day.

Maggie wasn’t prepared for what she heard. How could she? How could anyone? She only really remembered initially hearing the siren of the ambulance.

She hadn’t thought about Peter much in the last two months. She was putting him away and out of her life. But, then sometimes she would sit at home, wondering what really mattered to her.

She wondered if she was really putting Peter away, why she was standing in the bitter cold, having fallen to her knees, skinning them on the crusted frost around the still freshly dug grave, crying as she never remembered having done before. She realized her cold-numbed hands were skinned and bruised from pounding on the hardening dirt; only feet away from him.

Now, for the first time, she understood how much she believes in him.

Maggie was content with her life. (Or, was she?) Maybe “just” content. Paul was convenient. He made good money. Her friends and family liked him. She had moved in about a year prior. She never felt that anything (very important that is) was missing. But…..if that were so, then why did her mind wander back to Peter? Peter wanted more, much more. Maggie never allowed herself to get that close. Now, standing in the bitter cold, she couldn’t understand why.

Disaster always brings clarity. That clarity requires belief to make that clarity come to life. Belief in God. Belief in something or some set of values.

Peter and Maggie first met on the Red Line, heading up to the last stop—the Shady Grove exit in Montgomery County.

“Why didn’t the idiots who designed this subway system, ever consider the concept of an express track?” (Anyone who ever has lived in DC or the surrounding areas of Maryland or Virginia knows how true this is.)

Perhaps, it was for the best. Otherwise they probably would never have met. She always believed (maybe hope is the right word) that someone would believe in her. She actually ached for that.

Maggie wasn’t seeing anyone at the time. She wouldn’t meet Paul for over a year after she cut the umbilical cord with Peter. She worked in a high-end law firm in D.C. She was very good, specializing in international law. She traveled a lot overseas as a result.

She fashioned herself as a real-life Kim Wexler, a real-life emotional wanderer always chasing something, but never really happy, even when she knew she could be. She was always looking for her Jimmy McGill; someone to say and know “I believe in you.”

Maggie always felt that she was an old-fashioned girl which in some ways was career-limiting in the high-powered “I don’t need a man” DC world. She missed her Iowa roots where she grew up cherishing her femininity and especially appreciating real male masculinity. Men today seemed as if they never grew up knowing what a backbone was for.

And, gosh forbid that they wouldn’t pout when they got turned down on a date request. She would often fall asleep wondering and dreaming, “Are there any men out there—those who would just stop trying to fix me and just provide me a safe place to be…me? Just believe in me and I want to believe in you.”

They said their cordial “two ships passing in the night” first meeting goodbyes in the parking lot. And….her car wouldn’t start. Peter was 20 feet away getting into his car, LAUGHING! “Why are you laughing!!!! As she started chuckling as well.” She thought to herself “I think I like this guy.”

What happened next was something she hadn’t experienced or felt since she left home. Peter just took charge. He didn’t ask permission to offer help like the wimps who seemed to have taken over DC would do.

He told her that he had a car mechanic friend who would come out in the morning to fix her car. He would drive her home and then pick her up in the morning and drive her back to the Metro station. Before she could protest, (but she didn’t) they were on their way back to her apartment in Rockville.

She felt safe. “Why do I feel safe with this guy that I just met a half an hour ago?”

On one hand, she questioned her sanity to allow a stranger to know where she lived. On a deeper level, she really did feel safe. This was a level of emotional honesty she gave up on, or so she thought. Don’t things happen when you stop forcing them, she thought almost out loud?

Over the next six months, Maggie met and found her best friend. He was everything that she desired in a man; masculine strength of character, someone who knew what he wanted, said what was on his mind, but there was more.

Everything She Wanted and Needed and Believed

“He listened to me. Really listened to what I had to say. Even when I was babbling on. I knew that there were times when I knew that he would have done something differently than I did for some issue I was having. He never ever tried to change me. In fact, I almost had to pull his opinions out of him.”

“You see, he wasn’t threatened by the fact that I might think differently than him. He made it safe for me.”

“He was dating someone; someone else that is. It was a long-term relationship. He never did or said anything dishonorable. He tried to make sure that we weren’t “playing house,” so to speak. That is, pretending that we weren’t dating when in fact, we could have been.

“As I started shivering in the graveyard, what I remember most about him was that he would check on me, as a big brother would. I could tell though that this could end up being dangerous and I simply would not be “the other woman.” (But, she knew she should want more. She knew he did, but somehow he didn’t fit her mental image of what she wanted.) “What is the matter with me?” she thought. “So what if he was dating someone. There is always time.”)

They saw less and less of each other as Maggie pulled back. She lied. She told Peter she was dating someone. She confessed that falsehood to herself one day on the Metro. She almost, for a fleeting moment, thought she saw a flash of disappointment cross his face.

“Did I imagine that?” She really didn’t want to know.

“About a month ago, after getting out of the shower, I saw there was a call from Peter.”

Maggie put the phone in her purse and headed to work.

Do I Believe in Him?

“Did he break up with …(I never knew her name. Why didn’t I care to ask?) Maybe he is getting married. Maybe he just wanted to say “Hi.” Later in the afternoon, I saw that he had sent a text a few hours earlier. He apologized (just like him), but he said it was important that we talk.”

No One Left to Believe In. Not Even Me

So here I am now, not so cold though, even though I am freezing cold. The ground is still muddy there. He is so close and…not as much as he could have been.

“I waited. For what?
I took him for granted.
He really was everything I wanted.
He was strong in the ways that truly matter.”

I think I will go back to Iowa. Everything else. Everyone else will just be a disappointment compared to Peter.

“Oh, when I got to that exit coming out of the Shady Grove station, I met the officer who was first on scene. She told me that Peter wanted me to know how he really felt. He had to let me make my own choice. He wanted me to know that he believed in me, and still believes in me.”

As a result Peter never heard, although he knew about her belief in him. More importantly, she saw his strength that he had in himself as a man. That is why he was so attractive, why he was able to provide that safe place and believe in her. He believed in himself.

That is the penultimate lesson and one Maggie would struggle with. He was everything that she wanted in a man. But, she lacked the courage in herself and that was hard for her to accept because she blamed herself for not coming to him.

She would recover, but not in the way she thought. There was more should would learn about Peter and about herself.