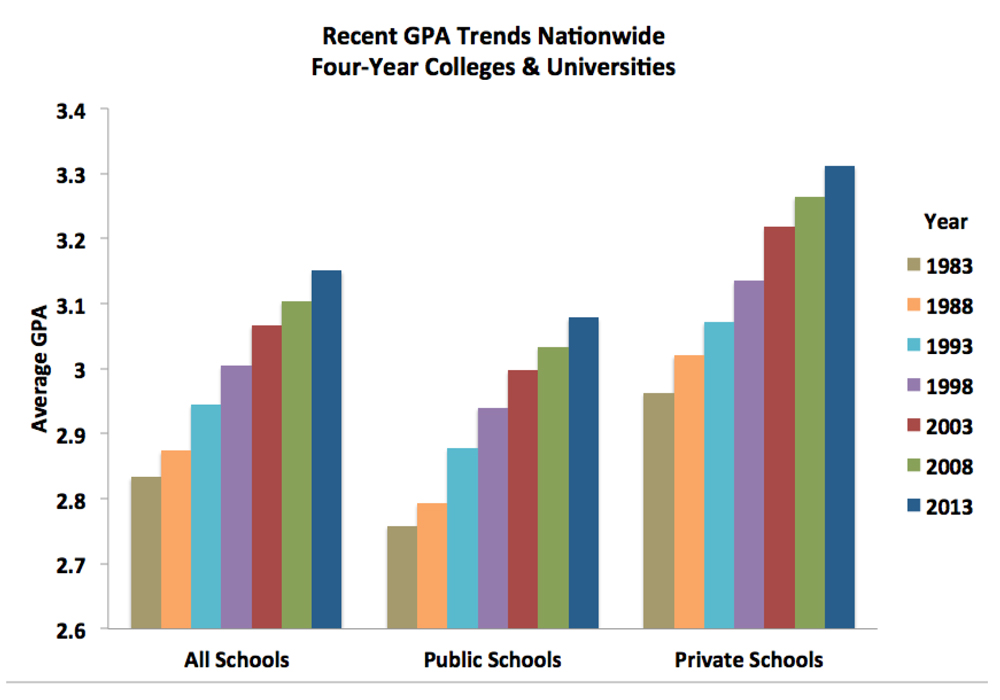 SAT and ACT exams have been “above the fold” now for decades. Some of the issues that these standardized exams have touched on are:

Unfortunately, we have all fallen into the myopic trap, in most of our societal interactions of hearing the loudest, un-researched voice of opinion and allowing the important messages of fact to be drowned out.

I will address these and related issues here.

We all should be ashamed of ourselves. As with so many other short-term, politically-motivated decisions on educational issues, our students continue to suffer with no real and implemented plans on turning the boat around.

My years of active one-on-one involvement with students and observing structural inadequacies in education, have led me to the firm conclusion that preparation for both the ACT and SAT (and the rarely utilized subject tests), as well as the actual experience of taking these tests, could be one of the most beneficial elements in a student’s academic career.

That is, it is MORE than just the test scores that matter. It is the PROCESS that matters.

Take a look at my About page here to learn a bit about me.

Requiring the SAT and ACT Exams for University Admission

Beginning in 2019, and probably prior, universities felt the need to be inclusive in terms of overall admission demographics. There was a growing feeling that admission procedures that relied on SAT/ACT scores were unfair. It was felt that minority students performed poorly on standardized exams due to lack of access to tutoring and test prep resources that would have prepared them to succeed on these standardized exams.

Then with the onset of Covid, these tests largely could not be administered for logistic reasons. This provided the impetus (with perhaps other reasons) for almost all universities to remove the requirement for SAT/ACT test scores to be submitted as part of the admissions process.

In most cases, the submission of the test scores became optional. In a small minority of cases, schools decided to be “test blind” and not look at test scores at all, even if submitted to the universities.

Where Are We Now in the Great SAT and ACT Exams Debate?

As of this writing (16 May, 2022), most universities have made ACT/SAT optional.

However, MIT has rescinded that decision, as has the University of Tennessee. Some schools, such as Michigan State University, have initiated a five-year evaluation period. They will assess correlation of student success mostly to incoming GPA.

It is interesting to note the reasons given, for example, by MIT for re-instituting the submission requirement. MIT specifically mentioned the issue of grade escalation. So, basically, they needed “hard data” to gauge future performance.

Were the Reasons for the Exodus Actually Valid?

Do test scores matter? That is the question that many schools want answered.

What does that mean for other universities?

So, as the reasoning goes, schools will just find or create other criteria. Using the SAT/ACT tests, as is stated in some corners, is tantamount to utilizing a process that reinforces racism.

Is There Value to the SAT and ACT Exams That is NOT Being Considered?

The focus on these (and other) standardized tests should not be solely based on the outcomes.

If used appropriately, the SAT and ACT could be of extraordinary value to buttress high school curricula. I have worked with a wide range of schools and students. I have been blessed to mentor students who value education; recognize the role of their effort and take responsibility for the outcomes.

The SAT and ACT exams and the preparation for the exams can be a very powerful tool in the student’s toolbox of learning.

I have worked with schools (in relatively well-to-do) neighborhoods by the way, where students’ performance has been steadily dropping. There can sometimes be a general lack of interest by students, parents and school staff on improving outcomes.

The education process can devolve into simply systematic adherence to memorization and lack to topical integration.

In these situations, students for the most part, only take the PSAT/NMSQT (Preliminary SAT/National Merit Scholarship Qualifying Test) and ACT because the schools administer these tests. These schools are generally not otherwise engaged in mentoring or guiding the students in how to study or prepare for the tests.

Again, blind adherence to the process can end up being the focus.

Other schools, one charter system in particular that I work within, run weekend SAT prep sessions as well as “during the week” prep. I have taught some of these sessions.

THE TESTS AND THE CURRICULA IN THE SCHOOLS ARE MUTUALLY REINFORCING.

Is it that students who are doing well in school do well on standardized tests OR vice versa? Or, something else?

It is often the overall quality of the school and how attention to success is addressed that bleeds over into the students’ standardized test performance.

It All Starts and Ends with Mastery of the Material

There is a misconception of rather large proportions that the best way to improve SAT/ACT scores is to depend solely on getting the big practice problem books or sign up with one of the big box tutoring companies and work problems till you can’t see straight.

If you don’t know how to brick lay, will practicing brick laying without instruction do any good whatsoever?

Of course not. This is why, when I prep a student, I initially focus on assessing the student’s mastery capabilities of basic arithmetic, algebra, geometry and a basic understanding of grammar rules.

Only THEN, when I know that basic mastery is there, do I move on to ACT/SAT specific training.

That approach—of going immediately to test specific questions and training—might be more appropriate for students looking to crack into the top fifth percentile.

For most students, I tell them to put the book away and give them my experience-laden advice (usually followed by moans and groans) of basic practice.

I will assess the vast majority of students and unless they are in that top segment, we are going back to Algebra I/II, Geometry and Algebra III/IV (for the math portions).

Working SAT math problems without the beginnings of mastery of the content is a massive waste of time. When I first learned to golf, I had a horrid slice. My thought to fix that was just to aim more to the left and burn hours on the driving range.

The other subject areas follow similar approaches—reading comprehension, English grammar and the science section of the ACT.

Support for SAT and ACT Exams in Schools

So, hopefully, I am being effective making the case FOR SAT and ACT, but from a viewpoint rarely considered. That is, these tests can and should be used not just as an ends, but as another tool to develop mastery.

The format of the questions in these tests are (for most schools) different than what schools build into their curricula.

(With dropping test scores, decreasing graduation rates and diminishing overall mastery, perhaps the problem is in the curricula, teaching approaches and the overuse of technology.)

Why don’t the vast majority of schools get involved in the SAT/ACT process? It is a win-win.

Regardless of current affairs, the SAT and ACT are here to stay. The schools that I have worked with, in this regard, are happy they did use this resource.

How the SAT and ACT Exams Would Enrich Students

Never let facts get in the way of preconceived opinions.

The University of California decided to end standardized testing as a criterion for admission to its nine undergraduate campuses. UC has gone further than other universities in not just making test scores optional for admission, but not considering them at all.

The decision, however, came after an exhaustive 228-page report last year by a panel of UC academics commissioned by then-President Janet Napolitano to examine whether standardized tests like the SAT and ACT are equitable and indicate college readiness.

Conventional wisdom holds that standardized tests are biased toward the wealthy and don’t have much predictive value. Some even call them racist because Black and Latino students’ test scores have consistently lagged behind those of whites and especially Asians.

But, the task force—co-chaired by eminent Black and Latino professors—spent months poring through data and interviewing statisticians, admissions directors and others, and found that standardized tests were good predictors of future academic performance, as good as or better than high-school grade point average (GPA). They also helped thousands of applicants from underrepresented minorities get into UC who wouldn’t have been accepted using GPA alone.

Perhaps the most important element of the above article is how GPA does NOT predict future performance. Why is that? Lay it at the feet of grade inflation.

The Current and Word on Grade Inflation

From www.gradeinflation.com—visit this site for a thorough analysis of grade inflation and statistics and conclusions from over 50 years of data collection on this topic.

If you are not aware of the existence and implications of grade escalation, well, start paying attention.

25 YEARS AGO!!!! Harvard knew this was happening and what the implications were back then. Seriously.

And, here is the reason that I included a section on grade inflation in this discussion about standardized tests—get rid of the SAT and “grade inflation” will get worse.

If You Do What You Have Always Done, You Will Never Get Anything or Is It All a Lost Cause?

Whether it be “grade inflation,” schools not getting involved actively in SAT or ACT exams, things will not change until they change.

We are living in a world where we see circumstances and events that we feel we have no control over. My attention to the direction that education is going is front and center with me because I deal with it everyday.

For me the death spiral that education is taking is not the euphemistic “frog in the boiling pot of water.” For me, the frog is on the dinner plate.

Below are the currently known dates for SAT and ACT exams and a graphic comparing the SAT and the ACT.

RELATED | Losing Control of Our Lives

Visit our Academic Test Prep page and click on the SAT/ACT tab to get any and all information that you might need on the ACT/SAT.

And, make sure you are signed up for my newsletter to stay on top of the ever-changing world of education: